In this post, we'll describe them in detail and talk about other updates. If you can't wait to try them out—here's a sample app!

We worked on improving the in-app menu (or as we like to call it internally, the hamburger menu 🍔):

To address the above, we're introducing two updates:

1. New API to customize the menu

st.set_page_config now accepts the menu_options argument to allow you to configure or remove Get help, Report a bug, and About menu items.

Here it is in action:

And here is the About menu with Markdown (it's as simple as copying your README.md from the app repo into the tab): 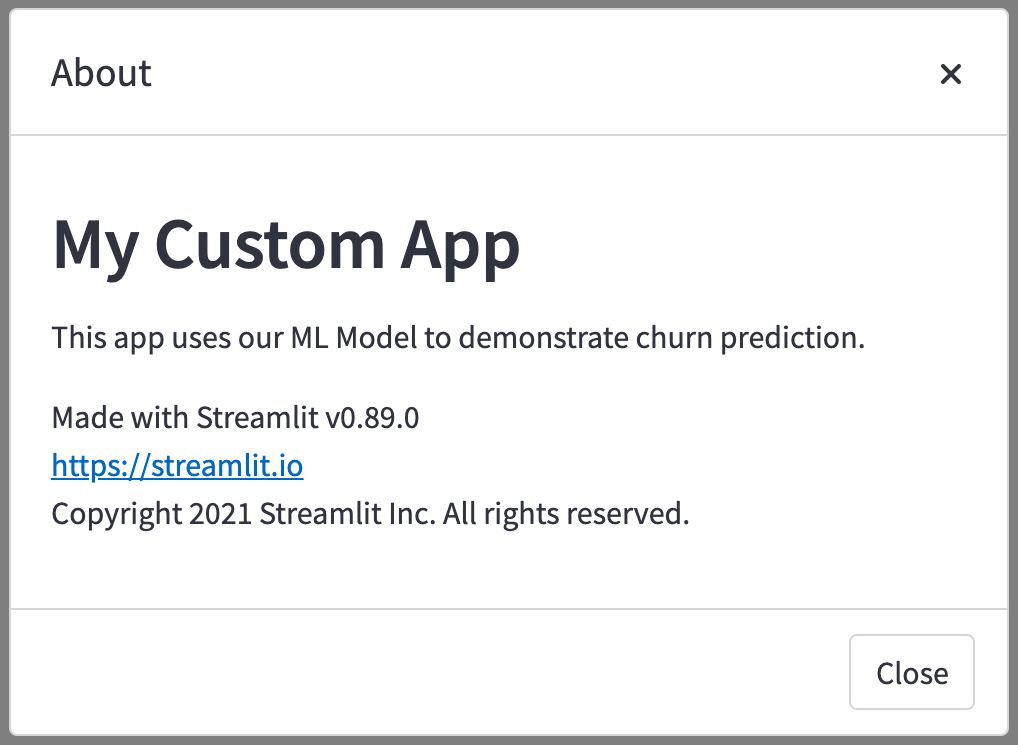 You can disable menu items by setting None as the menu item's value. For more information, see the documentation for set_page_config .

The developer section is context-aware. It appears if the app is running on localhost or if it was deployed in Streamlit Cloud (and if the current user is the app's developer). 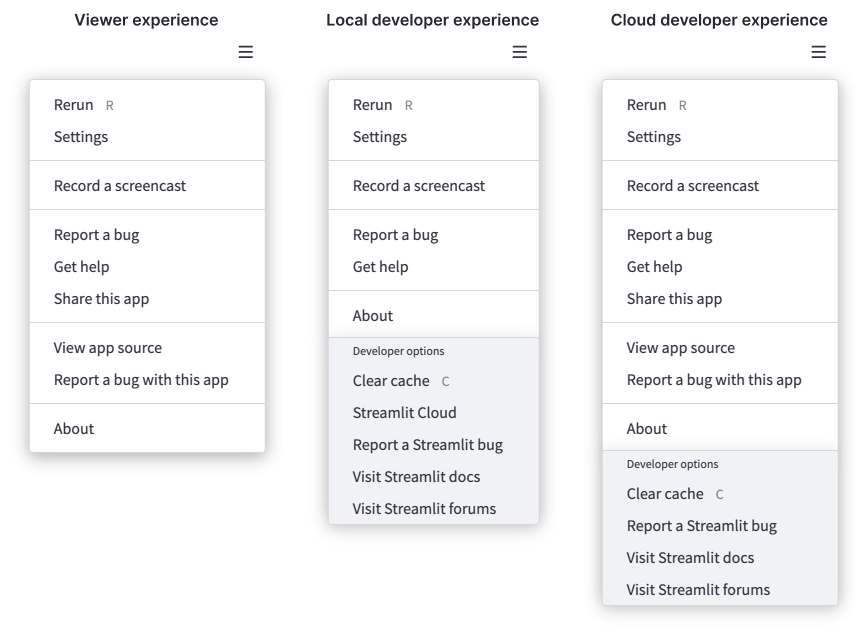 That's it for the hamburger menu! 🍔

Keep reading below for updates on caching and other notes from the 0.89.0 release.

Two years ago, we introduced st.cache as the foundational part of Streamlit's execution model. It lets you write apps linearly—like a simple script without sacrificing performance.

But this powerful tool came with unexpected complexity (did anyone say hashfuncs 🤯?). st.cache tried to solve too many problems at the same time.

We're releasing these features early because we want to get your feedback!

Please give them a try and take it to the forums with bugs, thoughts, and (hopefully) praise. And don't worry. None of this will impact your ability to use the current st.cache. 😄

Here is how these primitives work:

Use it to store expensive computation which can be "cached" or "memoized" in the traditional sense. It has the same API as the existing st.cache:

It's that simple! See this blog post for more information.

This is a key-value store that's shared across all Streamlit app sessions. Use it for storing objects that are initialized once but are used multiple times throughout your app (like Tensorflow sessions and database connections):

We're excited to see what you do with these new primitives. To use them, upgrade Streamlit as usual:

Thank you for reading the 0.89.0 release notes. You can always see the most recent updates on our changelog or via this tag on the forum.

Let us know in the comments if you have any questions. We're looking forward to hearing what you think! 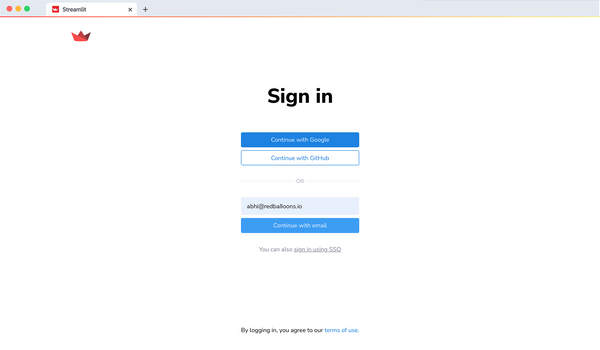